Sick To Death is a 4 track concept EP tackling the subject of ‘shell shock’ and its consequences during WW1.
There’s a subtle but conscious shift in musical style yet still very much the Freedom To Glide fans have come to know. Lyrically, the songs are as poetic and image evoking as ever. It’s a story that f2g felt had to be met head on and with the respect and sensitivity it deserves. 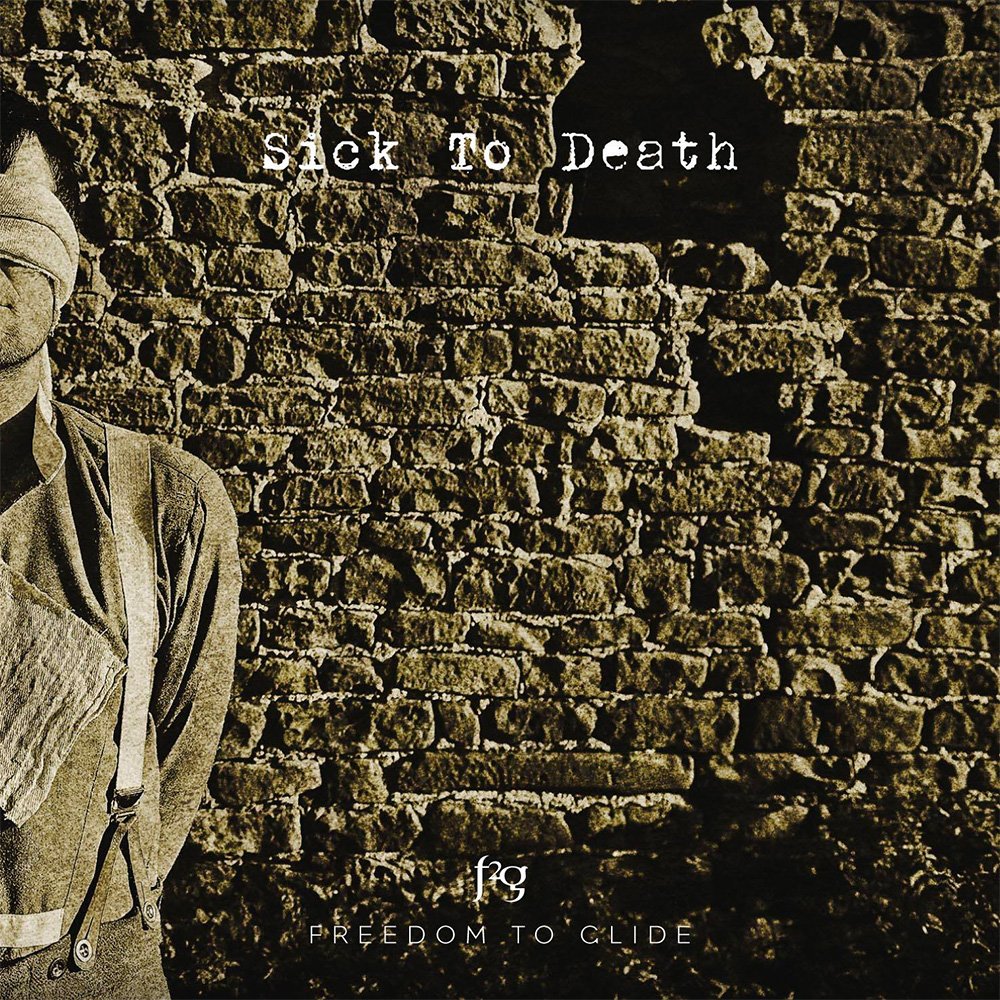 After their ambitious concept album “Rain” there now follows a 4-track EP, “Sick To Death”. The British were inspired by a visit to the ‘National Memorial Arboretum’ in Staffordshire.

This is another concept based on the World War 1 the madness of war thematizing that post-traumatic stress disorder of ‘Shell Shock’, known as ‘Kriegsszitterns’ in Germany. In memory of the countless young men at the front – often unable to move or to act – fell, were executed or further suffered after the end of the war to the consequences and symptoms, Freedom To Glide created with “A Better Way”, “Dear Mum”, “No White Stone” and “Shell Shocked” four immensely powerful songs – have an intensive or insistently and during the twenty-minute EP one way or another goose bumps – especially in combination with the lyrical concept and the historical connotation cause.

But especially to Freedom To Glide solve a little bit of the mighty shadow of Pink Floyd and leave in the probably most sinister creation of their career who are constantly hovering melancholy sets in any case as a dark veil over the work, equal associations with restrained Porcupine Tree, Lunatic Soul or current Steven Wilson feat to. Hauntingly good!