Our fourth album release “The Chronicle Of Stolen Souls” has actually replaced this year’s intended album release due to the unfolding world events of 2022, not least the war in Ukraine. The current political language is reminiscent of what we thought to be a bygone era of power politics and serves as a frightening reminder of the worst situations of the last century. We can only hope for peace, not a peace that is forced upon the loser but a peace without victory.

“The Chronicle Of Stolen Souls” is the culmination of a project spanning across the years 2014 to 2019. Each year a track was written, recorded, produced and released within the week leading up to Christmas Day and released FREE to fans as a “work in process” for a limited period. The concept was to honour the memory of the exact week in time a century ago and underline the ever-present futility of war.

These new demo tracks served as an insight to the creative process of Freedom To Glide, the intention being to eventually rework, develop and extend the tracks further to produce a new album presenting the entire collection of songs like a completed chronicle complete with Prologue and Epilogue. We didn’t think for a minute there would be an “appropriate” time to release it but, for better or worse, here we are. We began in 2014 with the track “Stolen Souls” which centred on the first Christmas Day of WW1, 1914, and the now famous Christmas Truce where soldiers laid down their arms in a spontaneous defiance of war. From that point we followed the same process at the same time each year concluding in 2019 with “Silent Land” covering the 1919 aftermath of the so-called ‘war to end all wars’. 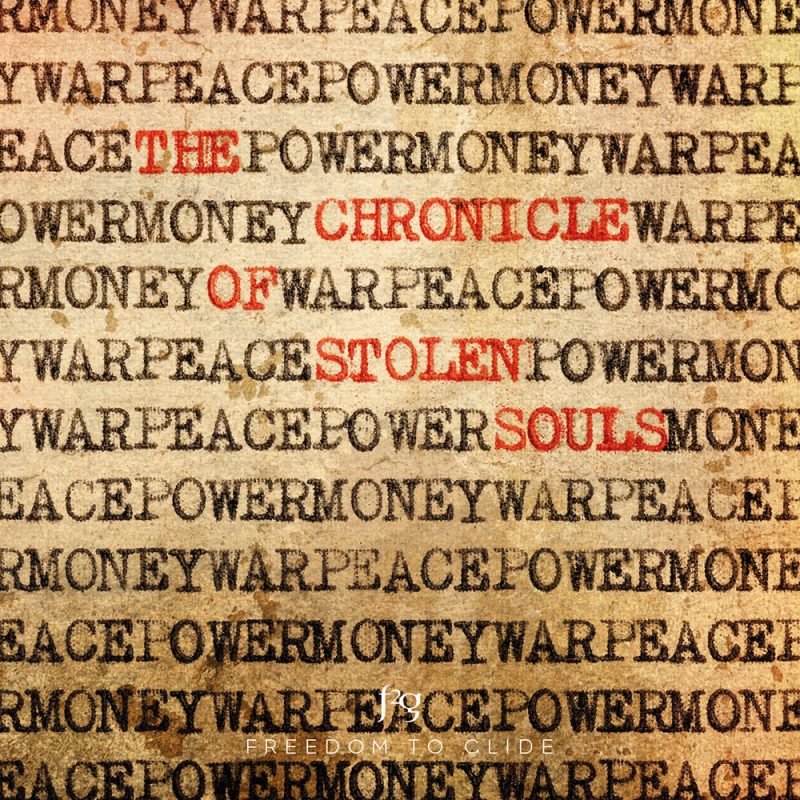 Available in Deluxe Ecopak with 16 page booklet and download

The Chronicle Of Stolen Souls (Prologue)

From The Chronicle Of Stolen Souls album 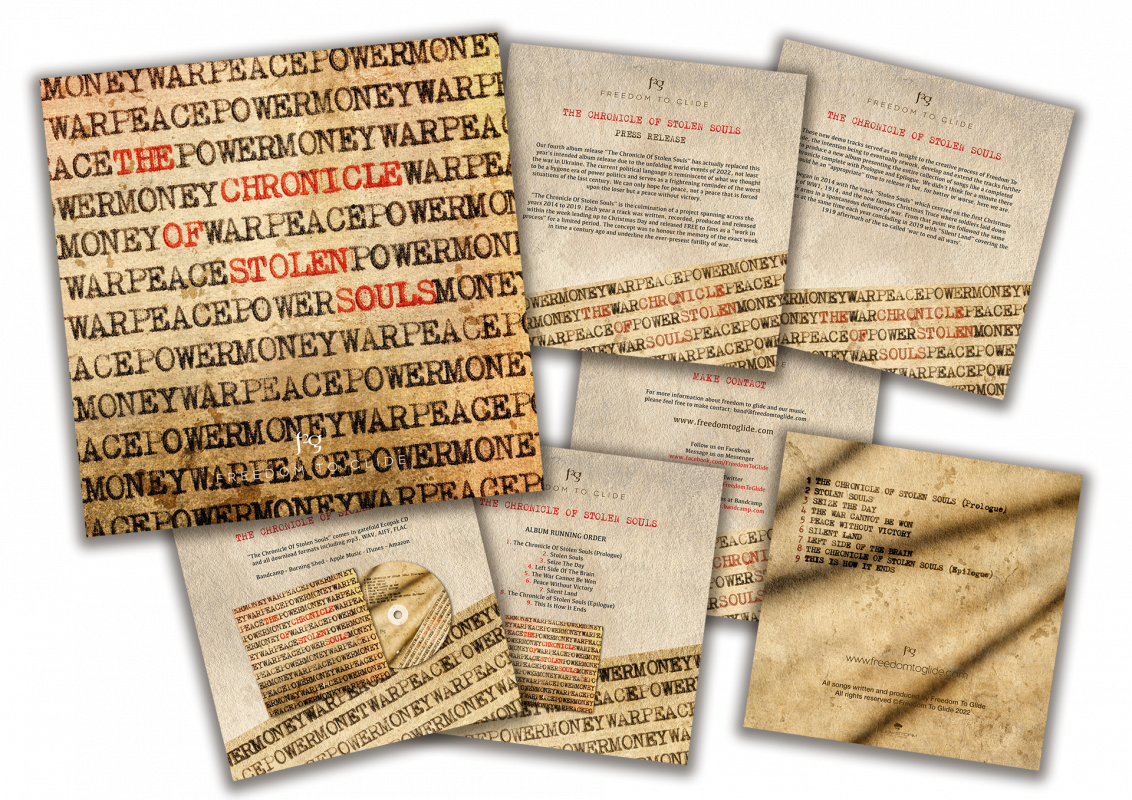